I was in the process of picking a Dependency Injector for use in a project in JavaScript. My default to narrow down the top three is to use Google as my initial search and then GitHub's star count as the top-three filter and then compare the features that I need.

After looking a SinonJS, sandboxed-module, rewire, and proxyquire I decided to be slightly more analytical and objective about how I compared them. I decided to include the Watch and Fork count in addition to the Star count. I created a spreadsheet that compared them:


I averaged the modules giving each of the attributes a one third weighting. Given that starring is 27 times more common than watching you might question this weighting. I justify it because starring is a less costly action (no update emails) and more likely to do than watching.

Seeing this as a pie chart makes this information easier to absorb. The clear winner amongst these four modules is SinonJS with almost three-quarters of the attributes. 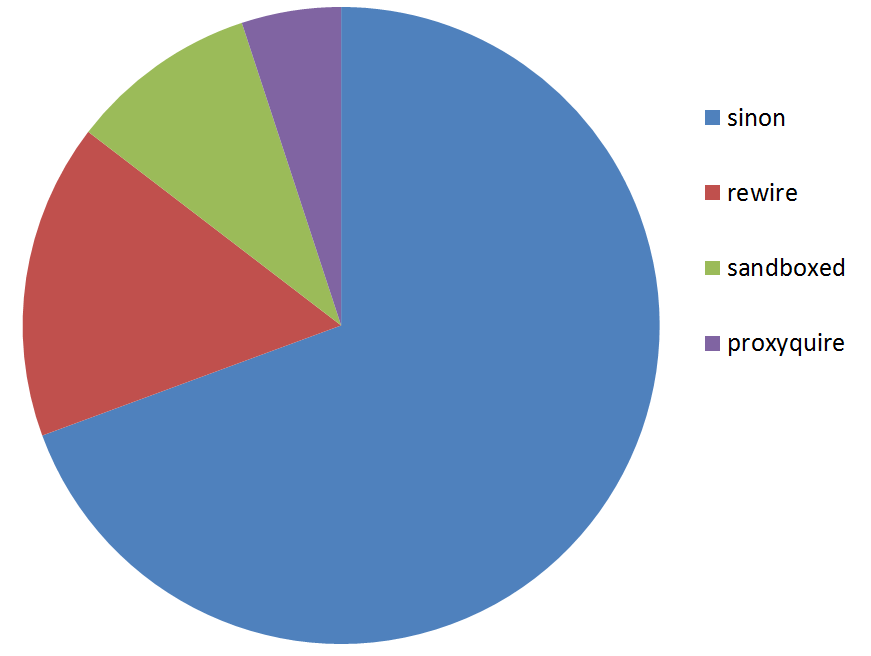