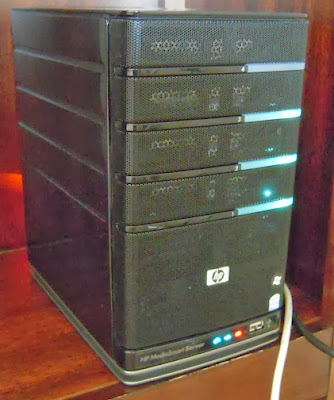 Which image do you think looks like it was more professionally produced? The one that I took above with my digital camera or the Amazon image below? 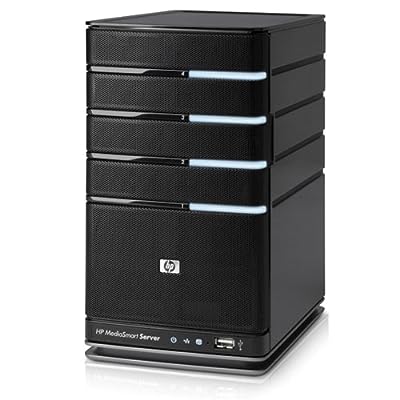 You can see that I have the bottom 3 drive bay lights lit up because I don't have a drive in the top slot.
The machine comes with a 750Gb drive and I stuck a 1.5Tb and 1.0Tb drive into it to expand the storage and add some redundancy. When I stuck the first drive in (1.5Tb Seagate) I powered the server down and then pulled out the drive bay tray, stuck in the drive and replaced it before power it up again. It worked perfectly. The reason that I didn't stick the new hard drive in while the machine was running was because (1) I had never done it before and (2) I remember reading that Scott Hanselman said that he wasn't brave enough to do it and I get the impression that he's braver than me when it comes to trying potentially unsafe changes to a server. However, when the second hard drive arrived I decided to throw caution to the wind and stuck it in while the machine was powered on and it worked like a dream.
If you're going to get this then I recommend that you go for the cheaper version like I did. The only difference between the cheap one and the more expensive one is that you're getting a second 750Gb hard drive but the price difference is $150 to $200. For $117 I picked up a 1.5TB Seagate drive so less money and double the space and considering how easy it is to stick in this is a no brainer.