On 16 May 2013, Scott Guthrie along with Damian Edwards and Joshua Twist came the Valley of the Sun for Scott Gu's tenth annual technical presentation.

I was lucky enough to be on-stage at 4pm for a ten minute presentation. The event took place at the Scottsdale Center for the Performing Arts, 7380 E. 2nd Street, Scottsdale, AZ. There were around 800 attendees but I estimate that there were probably 400 left by that time. 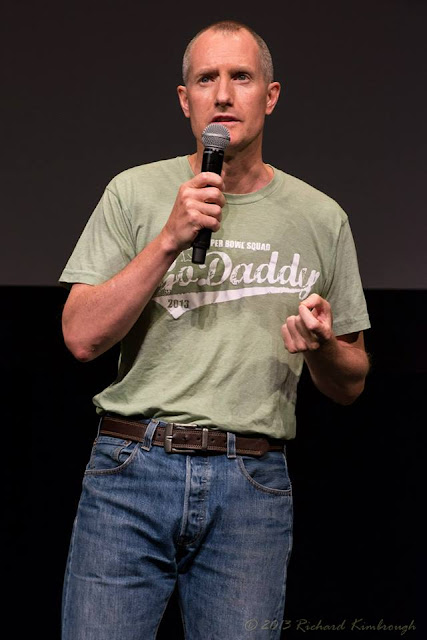 Good afternoon ladies and gentlemen. My name is Guy Ellis. I’m the director for software development for the presence and commerce team at Go Daddy. This is my sixth year as an employee at Go Daddy. I started off at Go Daddy as a .Net developer working with the internal tools team. I then moved to our SEO product called Search Engine Visibility which I managed before moving onto the Presence and Commerce team which is responsible for creating our Website Builder and Quick Shopping Cart products.

Over the years I’ve been to almost all the Scott Guthrie events and like this one they’ve all been fantastic and I’d like to thank Scott Cate and everyone else involved for making this available to us at no cost.

I’d like to share with you how I explain SSL to the layperson, or as I sometimes say "SSL for your grandmother."

As developers you most likely know how SSL works but how do you explain to a non-geek that Secure Sockets Layer uses asymmetric public key encryption to prevent a man-in-the-middle attack? How do you explain to them how their username, password and financial data that’s traveling over the ether when they’re accessing their bank account cannot be used if it’s intercepted. They see the green address bar in the browser and the S at the end of HTTP and they know they want it but don’t understand how it works.

To help us understand this I need to take you back in time. A very long time ago. Before the internet. Before television. Before phones where invented. I was a very young man. I lived in a small village on the banks of river. One day I was walking next to the river and on the other side I saw the most beautiful woman I’d ever seen. I couldn’t help myself, I waved and shouted across to her. She took one look at me and headed off. You may notice that men still try and use this technique today except they are usually hanging out of a car window but the impact is generally the same.

I had to get to know this woman so I rushed back to the village and asked around and found out that she lived in the village on the other side of the river. Unfortunately, back then I was afraid of water and unable to take the ferry across the river to meet her. My only choice was to write her a letter and win her over with my romantic prose.

I spent all night writing a letter and in the morning I gave it to the ferryman to deliver to her. I watched from the dock as he paddled across the river disappeared into a house. About an hour later a young man, about the same age as me, came out of the house and went off to her house with the letter and delivered it to her house. She opened the letter and read it and appeared very excited by it but then hugged and kissed the man who had delivered it.

I hired an investigator to find out what had happened and soon it became apparent that this other young man was the ferryman’s son and he had taken my letter and rewritten it from himself and was using my carefully crafted masterpiece to win her heart for himself.

I knew I had to work out a way to get my letters to her without the possibility of interception. I got myself a box, put my next letter in it, put a padlock on it and sent it across the river. I included instructions for her to attach her padlock and send it back to me. Once I received the box back I removed my padlock and then sent it back to her knowing full well that she was the only one that could open the box. My plan was infallible, or so I thought. I later discovered that the ferryman’s son had attached his padlock to the box and stolen my letter again.

I then recruited the help of a man who referred to himself as Mr. Authority. I sent the box with padlock and letter and it came back with an old rusty padlock on it in addition to mine. Mr. Authority took a look at the other padlock and shook his head. This isn’t her lock he said. I rejected the box and the next time it came back it had a beautiful pink padlock that smelled of roses. Mr. Authority confirmed that this was her lock and I removed mine and she finally started receiving my letters.

Several letters later she took the ferry across the river and we met and fell in love and she is now my wife and that, ladies and gentlemen, is how SSL works. 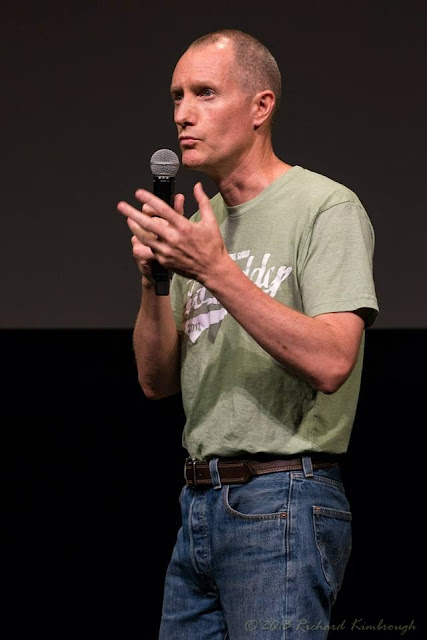 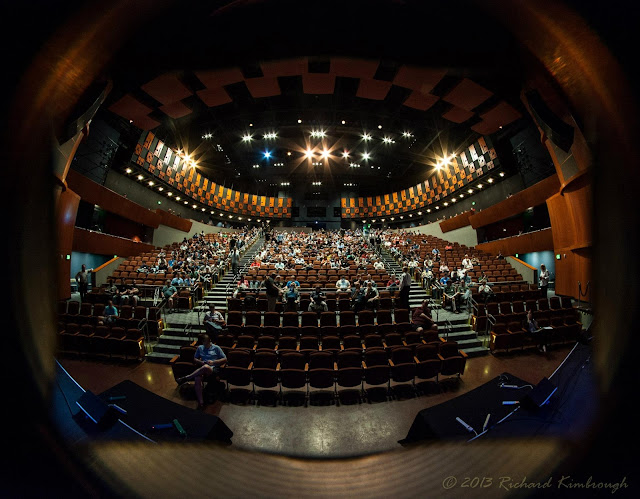 Photos courtesy of Richard Kimbrough Photography.
Posted by Guy Ellis at 8:48 AM